You cannot do charity without self-realization because whatever you do, there is always some kind of expectation associated with that action.

Whatever you do in the name of charity, i.e., helping the poor, treating sick people, educating poor children, etc., is not charity at all. That does not mean that you should stop doing these things. But calling them charity is not correct. Because somewhere down the line, you are helping someone for one of these reasons:

Whatever charity you do, there is always an expectation of something getting in return like money, power, favor, peace of mind, joy, happiness, satisfaction, etc.

Let’s understand this subtle but essential aspect of charity with the help of a story. Before going forward, let me clarify that I will not tell you how to attain enlightenment because that is not the topic of this article.

Story of a king and his three sons:

Once upon a time, there was a king. He was getting old and wanted to crown one of his sons as the king but was confused as all three of them were equally capable of being the king. So he decided to test three of them.

He called all three of his sons and asked them about their most significant action last year. He will decide who should be the king based on their action in the previous year.

The richest man in the village had blind trust in me. When he was going to pilgrimage, he handed over all his gold worth millions to me without accounting.

If I wanted, I could have kept some gold ornaments with me as they were no formal record of how much gold he has handed over to me. But when he came back, I returned all his gold as it is.

The father said you did right. But asked him, “If you had kept some gold with yourself, would you not regret it?” The son agreed affirmatively.

His father then explains that whatever he did is not charity but an act to save himself from a guilt-trip.

The father said you did right. But asked him, “If you had ignored the man and not helped him, would not his death have always followed you? Would you not have heard the screams of that drowning man in your dreams?”

His father then explains to him that whatever he did is not charity. He said, “If you had not saved that man from drowning, his screams would have haunted you throughout your life.”

Once I was passing through a jungle. Then I saw a man sleeping just near the cliff of the mountain. He was fast asleep. If he had turned, he would have fallen off the cliff and died.

When I looked closely, I realized that he was my enemy. If I wanted, I would have ignored him and walk away. Or I would have made a loud noise that makes him lose his balance, and he would have fallen off the cliff and died.

On the contrary, I quietly approached him and woke him up gently. But instead of thanking me, he keeps speaking against me in the village. He told everyone that he had gone there to die but could not do so because of me.

The father said, “You are better than the other two because you have saved your enemy’s life.” But this not charity. Because while telling the story, you were filled with arrogance as if you had done something extraordinary. And the action that makes you an arrogant person cannot be charity.

Ego is highly elusive in the sense that it makes you believe that you are doing charity. But in reality, you are just deceiving yourself in the process and using charity as a means to satisfy your ego.

Without knowing who you indeed are, doing charity is impossible. 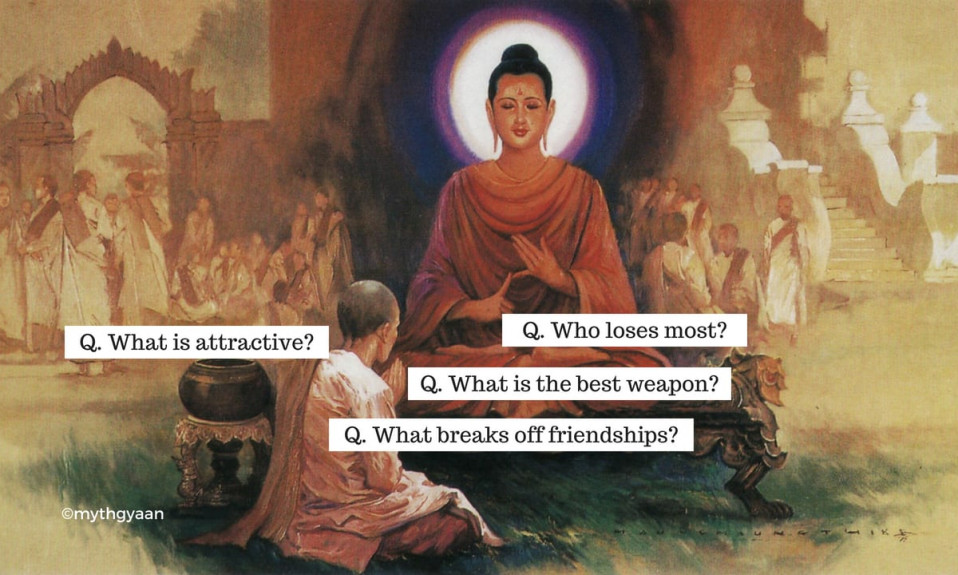 21 Puzzle Questions Answered By Gautama Buddha that you must read 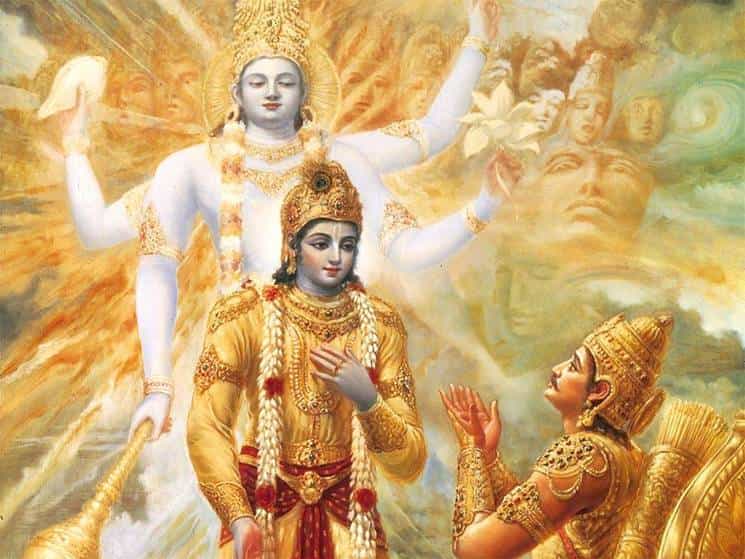 The three gateways to hell according to Krishna – Bhagavad Gita