According to Bhagavad Gita, Chapter 16 – The Divine and Demoniac Natures, Verse 21:

There are three gateways to the hell of self-destruction for the soul. These are lust, anger, and greed. Therefore one should abandon these three completely.

Spiritual Meaning of Gateways to hell (My Views):

Lord Krishna articulates clearly that lust, greed, and anger are the gateways to hell. These are the root cause of virtually every single problem in human life.

If a person is lustful, greedy, and remains angry, then this leads to the hell of self-destruction. His / Her life is destroyed in the sense that the person can never be happy, joyful, and satisfied with his / her life.

These people are always up to something in life and never feel contentment in life. It all starts with lust. Lust leads to greediness as you want more and more of something by any means. Finally, at some point, your lust turns into anger when you are not able to get that thing anymore. This destroys your peace of mind which is synonymous with hell.

A wise man who does not want to slide down to the species of demoniac life must try to give up these three foes which led to self-destruction to such an extent that liberation from this Maya (the illusion of material entanglement) is not possible.

If a person is lustful about something then he deviates from the primary objective of life. He is ready to do anything to satisfy his lust without thinking about right or wrong.

In Hindi, there is a famous saying

“Lalach Buri Bala Hai” which means Avarice (Greed) is the root of all evils.

It destroys love and compassion. Anger makes a man violent. He is not compassionate to others. Angry people are not able to understand other’s feelings and thoughts. Anger blocks the ability to love and respect.

Also, anger leads to irrational thinking. They are unable to see reality as it is.

So, lust, greed, and anger actually disturb the balance of mind and soul. These things block the spiritual path and therefore called the gateways to hell.

Some famous commentaries on gateways to hell:

16.21 Idam, this; dvaram, door; narakasya, of hell-for entering it; which is the nasanam, destroyer; atmanah, of the soul; is trividham of three kinds. It is that by the mere entry into which the soul perishes, i.e., it ceases to be fit for attaining any human goal. hence it is said that it is the door that is the destroyer of the soul. Which is that? Kamah, passion; krodhah, anger; and also lobhah, greed. Tasmat, therefore; tyajet, one should forsake; etat trayam, these three. Since this door is the destroyer of the soul, therefore one should renounce this group of three-passion, etc. This is a eulogy of renunciation.

Birth in hellish existences has three doors in the form of the door of lust, the door of greed, and the door of anger. As soon as anyone enters into any one of these three doors they become void of discrimination and their mind becomes apprehended and controlled by the senses. This causes complete chaos and utter ruin to any human being, blocking access to their higher nature and totally obscuring the consciousness of the atma or immortal soul which leads to moksa or liberation from material existence.

The three doorways of lust, greed, and anger cause one to perform such sinful and abominable activities that damnation is the only result and leads a human being directly to hell to suffer immensely for their sinful inequities. Hence one should be extremely vigilant to avoid these three doors and keep them far away at a safe distance.

Lord Krishna concisely enunciates that lust, greed, and anger are the three gateways to hell. All the demoniac vices and characteristics iterated previously are the symptoms of lust, greed, and anger which are the root cause and basis of all the others. These three are very destructive and degenerative for a human being completely obscuring discrimination and the consciousness of the atma or immortal soul and hence to be shunned and avoided by all means, for their influence propels one directly into lower, debased life forms and reincarnations in hellish existences. So lust, greed, and anger must be renounced, abandoned, and rejected if one wants to avoid residing in hell.

Lord Krishna confirms that the demoniac nature is in itself a hellish condition of life perpetuating more and more degraded hellish existences. The three portals to hellish existence are lust, greed, and anger which completely destroy and ruin all opportunities for advancing in spiritual consciousness. Lust, greed, and anger are the foundations for all the other vices and sinfulness described previously which run rampant among the demoniac. The word dvaram means portal and gate inferring the cause.

The words nasanam atmanah mean destructive or even suicidal denoting how utterly negative lust, greed, and anger are in evolving the consciousness to commune with the immortal soul. Therefore Lord Krishna emphasizes that lust, greed, and anger must be permanently abandoned, fully relinquished, and completely neutralized since these three voracious vices comprise the cause that leads a jiva or embodied being direct to dreaded Naraka or the hellish planets.

If you wanted to add something to this article or find something which according to you is not correct or if you just wanted to share your opinion, then please write your thoughts in the comment section below. I am waiting for your feedback… 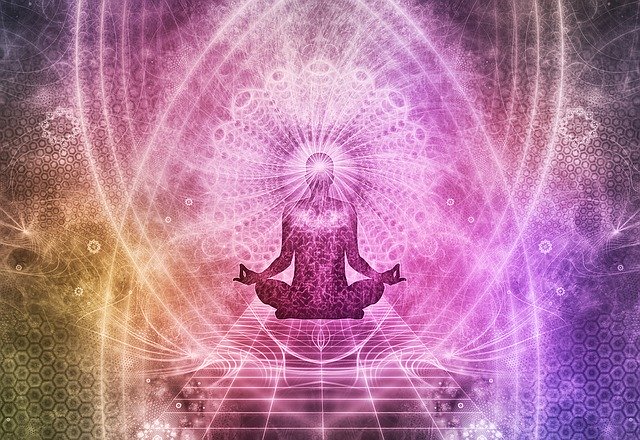 Why you cannot do charity without self-realization