The first Battle of Dewair/Diver was fought between Rajput army and Mughal army in 1582.

When people talk about Maharana Pratap, the only thing they remember is the Battle of Haldighati (18 June 1576), fought between his army and the Mughal emperor Akbar’s army led by Man Singh I of Amber.

The Battle of Haldighati was a stalemate between the two forces, but the Mughals were declared victors by India’s Marxist historians. The Battle of Dewair/Diver (1582) is shadowbanned from our history books and public discourse because of the same people for some reason, which are best known to them.

Background of the Battle of Dewair/Diver

During the Battle of Haldighati, when the Mughal forces outnumbered the forces of Maharana Pratap, he changed his strategy from open warfare to guerrilla warfare and retreated from the battlefield.

After the battle, Pratap was only left with 7,000 soldiers. On the other hand, Mughal forces have captured Kumbhalgarh, Gogunda (temporary capital of Mewar after Chittorgarh was captured by the Mughals), Udaipur & Chappan.

To subjugate Pratap, Akbar had to send many times an army of more than 1,00,000 soldiers each time between 1577 to 1582. However, he miserably failed every single time.

When Maharana needed funds to restore his army and regain its territory, his minister Bhamashah came forward. He was Rana’s minister – an office which had long been hereditary in his family. He gave the accumulated wealth of himself and his ancestors to Rana, which, with other resources, is sufficient enough for the maintenance of 25,000 men for twelve years.

The financial help from Bhamashah enabled Pratap to form an army of around 40,000 soldiers consisting of people from all sections of society to attack the Mughals. Maharana Pratap planned the strategy for “Battle of Dewair” in the jungles of Mankiyawas, located in Aravalli hills.

One may be wondering why Dewair and not any other location. The answer is straightforward; i.e., Dewair is a strategic location. It is the entry point for the enemy forces into Mewar. Dewair valley with Aravalli hills acts as a natural fortress for Mewar.

What happens during the Battle of Dewair/Diver

In 1582, on the day of Vijayadashami (Dussehra), the Battle of Dewair started. Maharana was confident with his strategy of taking on the Mughals and regain lost territory.

He divided his army into two groups: one unit was led by himself and the other by his son, Amar Singh. In this war, the Mughal army was led by Akbar’s uncle Sultan Khan. Maharana and his army attacked the Mughal outpost in the village of Dewair, situated about 40 km northeast of Kumbhalgarh.

One of the memorable incidents during the Battle of Dewair was when Amar Singh attacked the Mughal commander Sultan Khan with a spear. The spear rammed both his body and the horse into the ground. The blow was so severe that none of the Mughal army soldiers was able to remove the spear from his body.

Another memorable incident from the Battle of Dewair was when Maharana Pratap cut Mughal commander Bahlol Khan and his horse into two pieces.

It is after this incident; the saying became famous that,

The warriors of Mewar cut the rider along with the horse in a single blow.

Aftermath of Battle of Dewair

Seeing their fellow soldiers in tatters, the remaining 36,000 soldiers of the Mughal army surrendered before Maharana Pratap. All 36 garrisons (check posts) of Mughals in Mewar were closed.

Thus, the Battle of Dewair was a resounding success. In one short campaign, Pratap recovered the whole of Mewar except Chittor, Ajmer, and Mandalgarh, which had been lost in his father’s time.

Even after the battle, Akbar continued to send his army against Pratap but failed every single time. He was so disappointed with his commanders after the successive defeats that he arrived in Mewar to defeat Pratap. However, after trying relentlessly for six months, he returned to Agra.

There is a war memorial at Meva Ka Mathara near Dewair, which commemorates this historic victory of Maharana Pratap against the Mughals. Sadly, this glorious history of our ancestors is removed from our history books and public discourse.

Lieutenant-Colonel James Tod, in his magnum opus Annals and Antiquities of Rajasthan, describes this battle as:

Huldighat (Haldighati) is the Thermopylae of Mewar ; the field of Deweir (Dewair/Diver) is her Marathon.

Annals and Antiquities of Rajasthan by James Tod

For the uninitiated, Greek forces of Sparta and the Achaemenid Empire of Xerxes (Persians) fought the Battle of Thermopylae in 480 BC. The movie 300 is also based on the events around this battle. 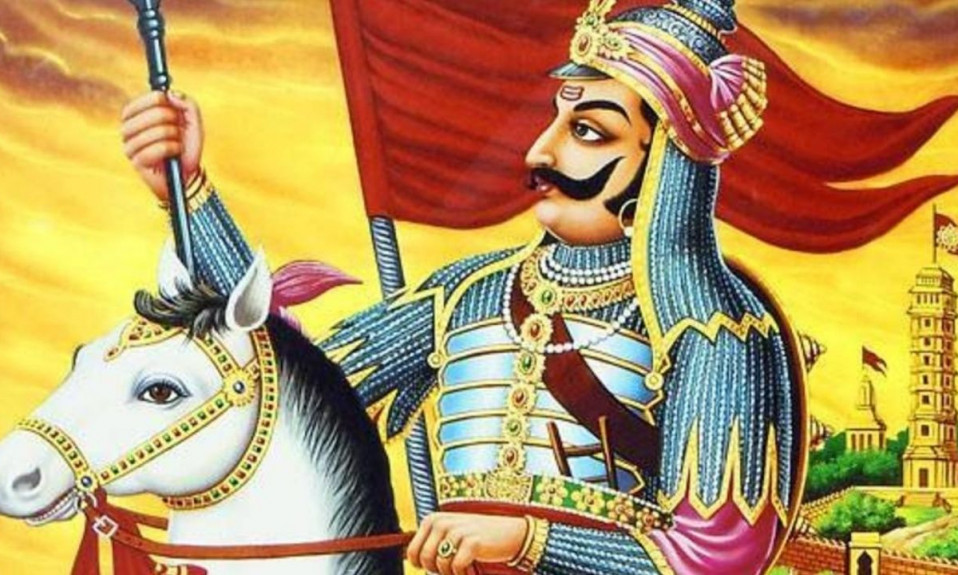 78 Greatest Naruto Quotes (with Images) That Will Inspire You