Two curses of Karna given to him by his guru Parashurama and by a Brahmana have some impact on his defeat to Arjuna and, ultimately, his death during the battle in Mahabharata.

Like Pandavas & Kauravas, Karna was also a student of Dronacharya. Once, he approached Dronacharya and requested him to teach him about brahmastra and the art of releasing and withdrawing it.

But there is one problem. The problem is that Parashurama only teaches Brahmanas (learned person), and Karna is not a Brahmana either.

Thus, Karna presents himself before Parashurama as a Brahmana without revealing his true identity.

Parashurama accepts him as his student. He trained him to the point that he declared Karna to be equal to himself in the art of warfare and archery. He also taught him about brahmastra and the technique of releasing and withdrawing it.

One day after training, Karna offers his lap to his guru Parashurama to rest and take a nap.

While Parashurama is sleeping, a terrible worm penetrated his thigh with his teeth. Even after terrible pain, Karna did not move as he does not want to disturb his guru. His thigh was pierced, and eventually, blood starts coming out of his thighs.

When Parashurama wake up, he saw the blood coming out from Karna’s wound (घाव).

He immediately figures out that Karna is not a Brahmana. He knows that a Brahmana is not able to bear the pain for so long.

Parashurama becomes angry as Karna lied to him about being a brahmana in the greed for weapons.

He curses Karna that he will get engaged in a fight with someone equal to him in strength and skills when his death comes. During this time, brahmastra will not manifest itself before him.

After hearing this, Karna becomes very sad and feels guilty for his offense, and leaves.

Later, during his last day on the battlefield against Arjuna, Karna forgets the mantra to invoke (आह्वान करना) the “brahmastra.”

Once during his time in Parashurama’s hermitage, he was roaming around alone on the shores of the ocean along with a sword and a bow. He started practicing his archery (तीरंदाजी) skills with his bow and arrow. But accidentally, he kills the cow of a Brahmana.

The Brahmana gets angry. He curses him to be killed by his enemy when his attention is diverted in the middle of combat. He said:

You have always sought to rival someone (Arjuna) and you have been striving against him every day. Because of this crime, when you are fighting with him, the earth will swallow up the wheel of your chariot. O worst of men! When you clash against your foe and are distracted because the wheel of your chariot has been devoured by the earth, he will exhibit his valor and sever your head. O stupid one! Leave this place. Just as you were distracted when you acted against me, another person will sever and bring down your head while you are distracted.

Later, during his battle with Arjuna, when Karna is busy removing the chariot wheel from the mud. During this time, he is shot by Arjuna, on the advice of Krishna. However, one should remember that Karna did the same thing to Abhimanyu (Arjuna’s son).

Thus, this is how two curses do impact Karna’s fate, but ultimately it was his deeds that resulted in his fall and death in the Kurukshetra war in Mahabharata. 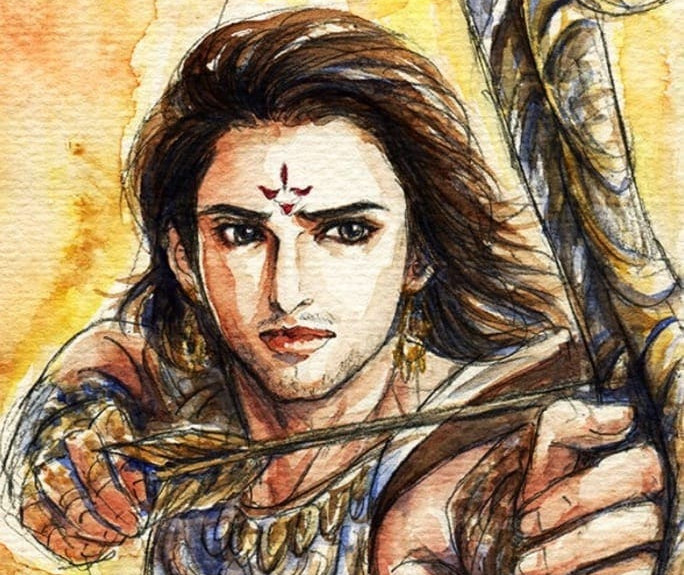