Different Names of Karna in Mahabharat:

Vasunsena is the original name of Karna. Kunti is the birth mother of Karna. But at that time she is unmarried. So she decided to give him up for the sake of her reputation as people might think that she has an illegitimate (अवैध) child. 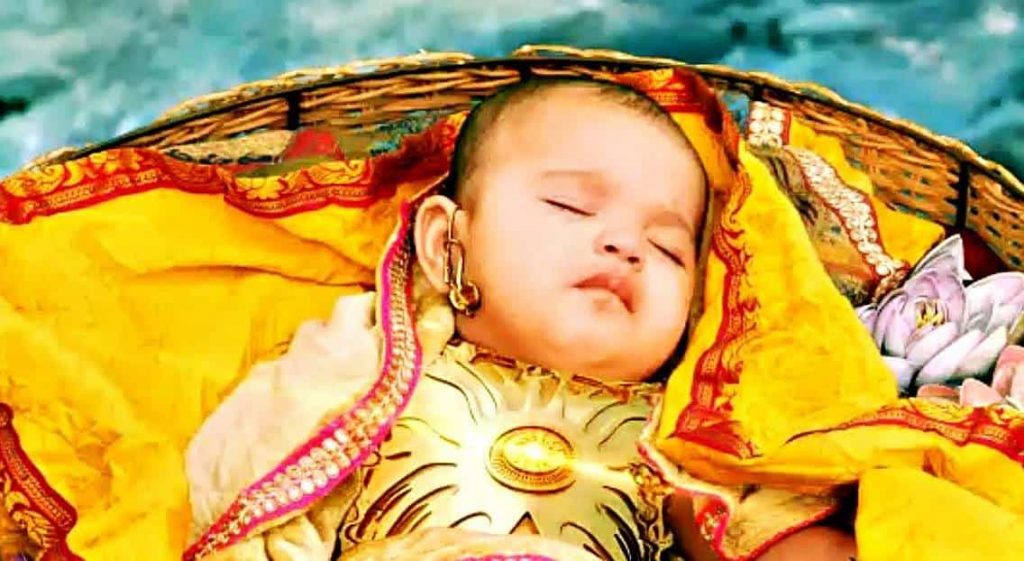 Adhiratha (the charioteer of King Dhritarashtra) and his wife Radha raises Karna as their own child. They found him in a basket near the river. They become his foster parents.

Karna was found with a natural armor (Kavach) and a pair of earrings (Kundal). It is why Adhiratha and his wife Radha named him Vasusena – the one who is born with wealth.

It is probably the most popular name used in the Mahabharat to address him. Later on, he was addressed with the name ‘Karna.’ Karna is called Radheya, as he is the adopted son of Radha, who nurtured him as her son.

For the above reason, since Adhiratha is the foster father of Karna, he is also known as Adhirathi – Son of Adhiratha.

It is the name we are all familiar with. But many of you might not know that Karna is not his original name. Karna means the peeler of his skin / natural armor. 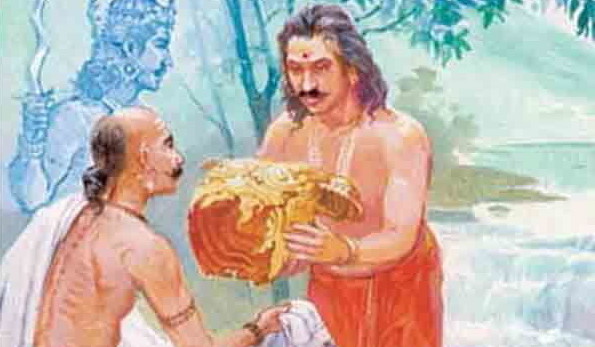 In disguise (as a Brahmin), Lord Indra asks him for his Kavach and Kundal to protect his son Arjun. Karna peeled his Kavach and Kundal and gave these to him apart from knowing that this will make him vulnerable in the war. Impressed by this action of his, Indra gave him the title of Karna.

Kunti gets a boon from Sage Durvasa that she will invoke any deity to give her a child.

To test it, she ( being unmarried) invokes Sun deity Surya to give her a child. Surya handed over a son with natural armor and a pair of earrings to her, which later becomes Karna.

Vaikartana is one of the names of Karna. It also has a similar meaning to that of Karna. Also, it means the one who belongs to the solar race (related to Surya).

Krishna told Arjun about how Karna peeled his Kavach and Kundal. He said, “Indeed, because of Karna, cutting off his (natural) armor and his brilliant earrings, gave them unto Sakra (Indra), it is for that he came to be called Vaikartana.”

Karna is also famous as Angaraja or Angaraj. The story behind Karna’s name is that once Guru Dronacharya organized a friendly tournament to showcase the skills of Kuru princes.

Karna, without invitation, goes there to participate in the tournament and challenges Arjuna for a duel (द्वंद्वयुद्ध). Kripacharya refused this challenge of Karna, saying that only a prince can challenge Arjun for a contest according to the rules. And since Karna is not a prince, he has no right to challenge Arjuna. 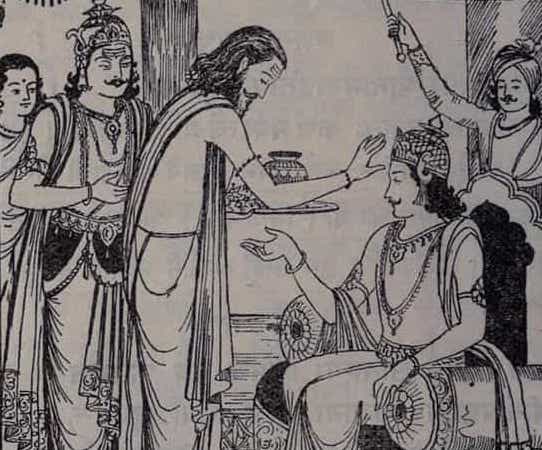 Duryodhana, always jealous of his cousins, Pandavas, sees an opportunity to get on even terms with Pandavas. He immediately makes Karna, the king of Anga, making him eligible for a duel with Arjun.

Thus Karna came to be known as Angaraja, the king of Anga.

Daanveer is made up of two words – Daan and Veer. Daan means charity, and Veer means Hero. Therefore Daanveer means a hero who possesses eternal charitable nature. Daanshoor means the one who fought like a true warrior.

Karna is famous as Daanveer because of his charitable nature. Once Arjun asks Krishna that why Yudhishthira is called Dharamraj and Karna is called Daanveer. 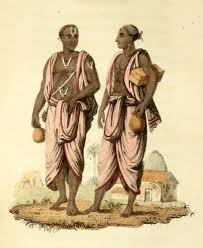 To explain to him, Krishna asks Arjuna to assume the form of a Brahmin. He told him to ask for sandalwood for their yajna (or Yagya), both from Yudhishthira and Karna one by one.

When Arjuna asks Yudhishthira for dry sandalwood, he failed to fulfill their request due to heavy rainfall.

After that, they ask Karna for sandalwood, but here something different happens. Karna went inside and, after a few hours, came back with dry sandalwood.

When asked where he obtains these dry sandalwood blocks, Karna replied that it is impossible to get dry sandalwood from outside due to heavy rainfall. So he cut down the pillars and furniture of his room, all made up of sandalwood.

Thus Karna goes out of the way to help them without thinking about his loss. Therefore he is known as Daanveer.

Vrisha means the one who is truthful in speech, engaged in penances, kept his vows, and remains kind to enemies. Karna is the epitome (प्रतीक) of all these qualities. That’s why he is known as Vrisha.

Another meaning of Virisha is bull. Karna is addressed as Vrisha in Mahabharat – the warrior-like a bull.

Vijaya bow is gifted to Karna by his guru Parashurama. That’s why Karna is known as Vijayadhari – the one who wields Vijaya bow.

Karna is the son of a charioteer (Adhiratha), who is of Suta or Souta caste. That’s why he is sometimes derisively (उपहासपूर्वक) addressed as Sutaputra – son of a Suta (charioteer class).

Although in reality, as we have seen above, he is not a Sutaputra, but a Suryaputra.

According to Manu Smriti, the people who have a Kshatriya father and Brahmin mother are of the Suta varna.

Other Popular Names of Karna with which he is addressed in Mahabharat:

Read More:  Three curses of Karna that led to his death in Mahabharat